Twitter thread by @matt_cam: "I can't go back," my client told me as soon as he sat down...

“"I can't go back," my client told me as soon as he sat down at the table in ICE detention. "They will kill me." I believed him. The judge agreed that they probably would kill him, just before he denied his asylum claim. He was deported. They did. I just found out today.”

"I can't go back," my client told me as soon as he sat down at the table in ICE detention.

"They will kill me."

The judge agreed that they probably would kill him, just before he denied his asylum claim.

I just found out today.

I've been doing Central American asylum cases since 2006. I live in an immigrant neighborhood, and have personally met hundreds of asylum seekers. These stories, the fear, the danger--all real.

Real enough to send these people to our borders even knowing how they'll be treated.

I'm certain that other cases I couldn't win for my clients have ended this way.

I just never knew for sure.

Honduras, El Salvador, and Guatemala produce some of the finest people I've ever met. I'll never understand why they don't hate us more for completely gutting their countries and then blaming them when they couldn't pick up the pieces. Can you imagine Americans accepting that?

The President of the United States, the head of USCIS, ICE, the Attorney General, Tucker Carlson--they'll all tell you these people have been coached, that the stories aren't real, that they're just economic migrants.

They can fuck all the way off. Into the sun. Forever.

This admin is destroying many of the few protections left to Central American asylum seekers, then blaming them when they can't win their cases w/the bad law we're left with

They know what they're doing. They're fine with it. If you voted for this & still support it, you are too

Just before they deported him, I got a call from ICE HQ in DC.

They were checking in to ask if we needed help "reuniting the family." I didn't know what to say.

"No. We're ready to arrange transportation for his children to Honduras."

2019 American "family values": politely offering to deport a man's US citizen children to be killed along with him.

Why are we accepting this? What the fuck are we?

I'm the person in this story whose life will be least affected by this tragedy, but it's been sitting with me. Thanks to everyone for reading and sharing, and for the kind words and support.

I knew this news had to be coming, someday. I was never going to be ready for it.

FYI media: I appreciate the interest and I know how important these stories are, but this family is not and will not be available--ever--and I've said as much as I'd ever have to say about this publicly here. Thank you for understanding.

And to my incredible #immigrationlaw colleagues with me in the deportation defense trenches:

Even if they didn't end this badly I know we're all haunted by some of the ones we couldn't win, and that we can't help but carry it. Don't do it alone. We're all here for each other.

For everyone asking how someone truly in fear for their life could be denied asylum:

He did his part with this very bad precedent (among others), issued specifically to try to ensure that our work would be that much harder and cases like mind would be denied

I'm seeing a lot of people wanting to blame the judge, but you're going to have to trust me that I don't blame the court for this. I blame the law, and the executive branch we have entrusted to enforce it. Very little a judge could have done differently in this legal reality.

Feels wrong to do this under the circumstances, but so long as I have your attention you should know that we have opened @GoldenStairsImm to take on these kinds of cases. There's no appointed counsel in #immigrationcourt & most can't afford private attys. 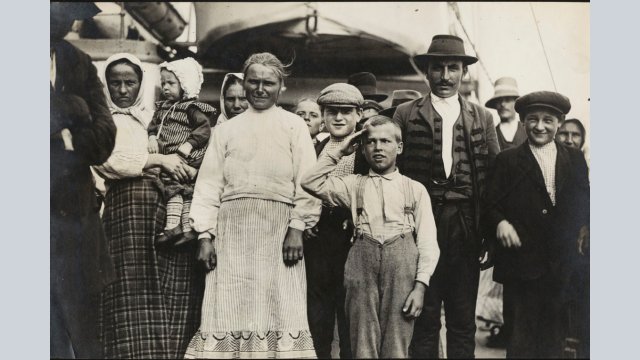 Thank you for your interest in supporting pro bono life-changing legal services for vulnerable non-citizens throughout New England and beyond. Our full website and fundraising platform will be online within the coming weeks, but we have launched this campaign to meet the immediate up-front needs...